Grades 3-10, boys and girls of all levels welcome!

Coach Joey has been playing basketball since he was 5, and still plays 4 times a week to this day. He played 6 years of AAU Basketball from ages 12-18, and 3 years of Varsity basketball at Lincoln-Sudbury Regional High School in Massachusetts. He has gained a wide range of knowledge from all his different coaches. He also was a camper and worked as a staff member for the "Red Auerbach Basketball Camp" in Rhode Island every summer, where he learned from former NBA Coaches, and many collegiate coaches.

In 8th Grade he was recruited to play for the AAU Team "Basketball 2 the Limit", a program started by Coach Donald Morris, the youngest male Division III Coach ever at the time, for Lesley University. Through Basketball 2 the Limit, Coach Morris has sent 200 plus student-athletes to play collegiate basketball at all levels. Joey played 5 years for the program, learning from some of the best coaches in the state and becoming a captain on the team.  After being recruited to tryout for Division III schools Salve Regina and Roger Williams, Joey decided to focus on his studies and attend The College of Charleston. He graduated CofC in 2018, and has been working at Porter-Gaud since 2015, recently promoted to The Director of Extended Day.

With private training by Coach Joey, players will hone their skills by specific fundamental-driven drills. He will focus on ball-handling, in-game shooting, free throws, footwork, defense and basketball-like conditioning, because there is no shape like basketball-shape. Training is open to any player in grades 3-10.

Speed and Agility Training for boys and girls of all ages and levels.

Soccer or Lacrosse Training for boys and girls of all ages and levels.

Along with the medical aspect of being an Athletic Trainer, she takes a strong approach to sport performance measures, honing in on the needs of the athlete to excel at the sport they desire. Previously, she attended Campbell University and was a D1 Soccer and Lacrosse Athlete while studying sports medicine. She has worked in the high school setting for 4 years as well as a sports performance training institute in NJ, Prodigy Training.

Training will focus on: Speed, Agility, acceleration and strength. Sport Specific Training: (all the above) tied in with soccer and lacrosse. 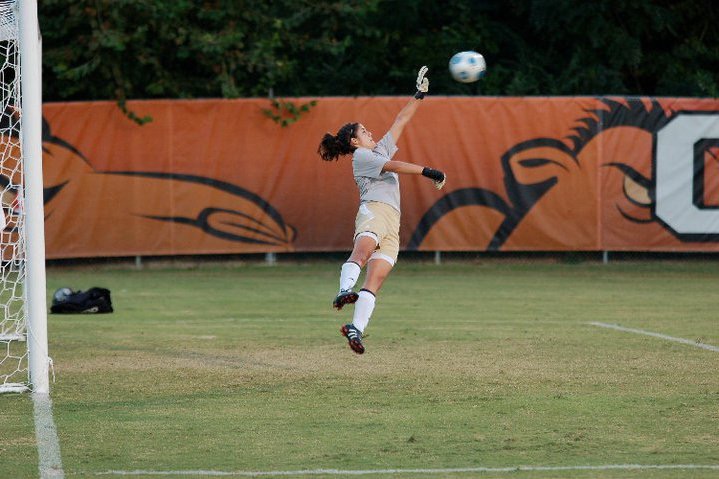 Boys and girls of all ages and levels welcome!

Train your Tennis skills with Tennis coach and PE teacher, Coach Brown! Training with Coach Brown is a fantastic way to take your game to the next level.  Cameron will assess the level of play of each student, and will hone in on specific skills and tactics needed for each student to become a better and more well-rounded player.  His training is great for students just starting out playing tennis and established players who are looking to make Varsity or their club team next year.  Training with Coach Brown will improve your overall game, as well as teach you the preparation, balance and commitment it takes to become a great player. Sign up for lessons today!

Boys and girls of all ages welcome!

Marybeth is a senior public health major at the College of Charleston. She is a collegiate cheerleader at CofC and cheered on the cougars basketball teams, as well as competed in Daytona, FL at NCA Nationals. She has cheered her entire life, both in school and in an Allstar Program called Rockstar Cheer in Greenville, SC. This year, she plans to establish the foundations and hopefully the love for the sport that she has! She will be teaching the learning basics of cheer such as jumps, motions, stunt positions (very rudimentary), as well as things such as forward rolls, cartwheels, and backbends.  She will also incorporate the cheers practiced by the PG Middle School and Upper School Cheerleading teams!  Students will learn fundamental techniques of gymnastics and cheerleading in a fun and safe environment that encourages self-empowerment and bolsters the PG Spirit! 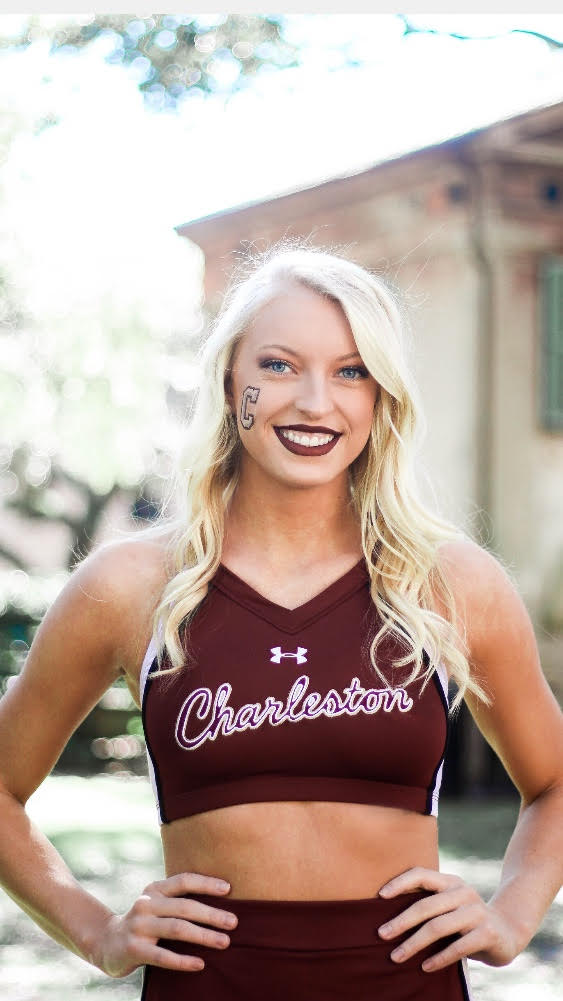 Girls and boys of all ages welcome!

Coach Mason was born and raised in Greenville, SC before moving to Charleston to attend the College of Charleston. He's since graduated and is working full time with Matt O’Neill Real Estate in Mount Pleasant.

Tennis has always been a huge part of his life since the day he started playing in 6th grade. He played and competed for the state championship every year in High School, then continued to play for fun while attending college. He has also coached and given private lessons back in his hometown at Brookstone Country Club.

Students of Coach Wright will learn technical tennis skills necessary to compete at the next level. Players will be challenged with different drills and games that will elevate their game. They will be given hands on instruction to better their form, serving, ball placement and much more. 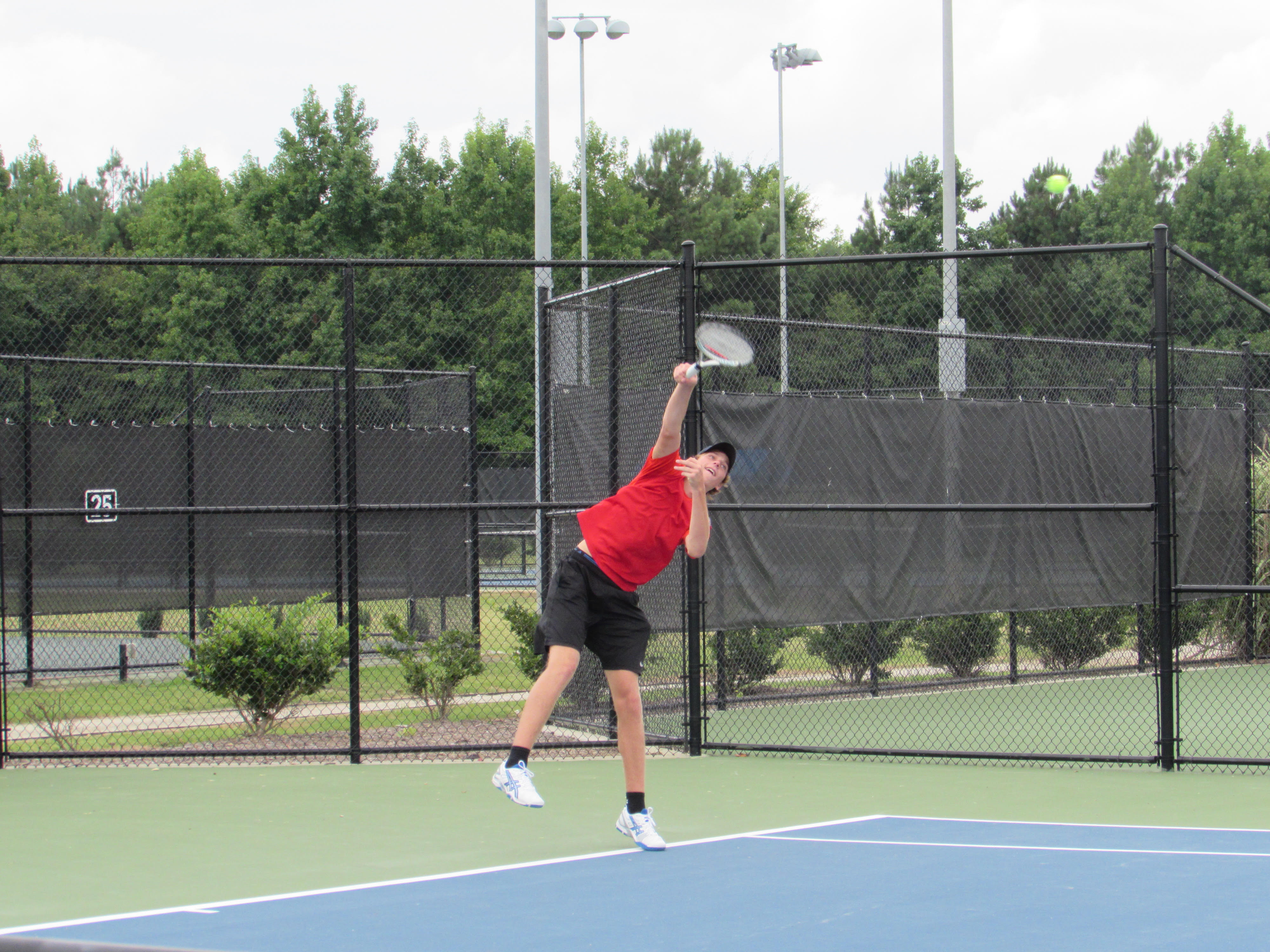 Jessica is from Virginia Beach, Virginia. She was the #1 player in the Mid-Atlantic Section and the state of Virginia during the majority of her junior career, earning the #1 ranking in all age divisions (14’s, 16’s and 18’s). She competed in each of the surface National Tournaments (hard, clay, indoors) beginning in the 12 and under age division and was ranked as high as #21 in the Nation in singles and #3 in the Nation in doubles. She competed at the Orange Bowl International Jr. Tournament, the Easter Bowl, and the International Grass Courts. She represented her Section at the #1 spot for Zonals and Intersectionals and spent time training out of the Nick Bollettieri Tennis Academy in Brandenton, Florida as well as Harry Hopman Tennis Academy in Saddlebrook, Florida. As a heavily recruited junior she completed 5 official visits and was offered full scholarships at Indiana University, Wake Forest University, University of Virginia, William & Mary and the University of North Carolina- Chapel Hill. She chose to commit early to UNC-Chapel Hill and began her collegiate tennis career as a Tar Heel during the Fall of 1996.

As the #1 singles and #1 doubles player during all four years of her tenure at the University of North Carolina-Chapel Hill Jessica (maiden name Zaganczyk) won All-ACC Honors and was a Dean’s List Student with a 4.0 and 3.9 GPA during her Freshman and Sophomore Years, respectively. She was consistently ranked in the Top 75 in the Nation and had wins over top ranked programs such as Notre Dame, Florida State, UVA, Tennessee, Texas A&M, NC State, and Wake Forest. During her Junior and Senior Year she competed in the NCAA Tournament and won the #1 Doubles Title for the ACC with fellow Tar Heel Courtney Zalinski. She was a Four Year Letter Winner, named UNC Tar Heel Student-Athlete of the Week twice during her 4 years and was named Captain of the Team her Senior Year. Throughout the summer seasons of 1997, 1998 and 1999 Jessica competed as an amateur on the Women’s Professional Satellite Tour and graduated with a Bachelor of Arts in Political Science in the Fall of 2000.

She moved to New York City after graduating and spent 12 years working in the Fashion and Luxury Goods Industry. Her early corporate fashion experience includes positions held at IMG-New York Fashion Week and Esquire Magazine. She later spent 5 years at Paris based fashion house Hermès where she was the Director of Special Events for the US, and later BVLGARI before leaving NYC to return to the South full-time.

As a Charleston resident since 2010 she returned to the sport of tennis as both a teaching professional and competitor. She has represented South Carolina in the Senior Cup in the 35 & Over Division and competes as a member of the Women’s 5.0 18 & Over team and CALTA Team. She is a member of the Professional Tennis Registry and is an Authorized Provider of Cardio Tennis. She has held the position of tennis professional at a variety of high level organizations such as Family Circle Tennis Center and The Sanctuary Hotel in Kiawah, SC. While in Kiawah Jessica spent a year teaching and learning under her mentor Roy Barth at the Kiawah Island Golf Resort, becoming the first woman pro at the resort in over 20 years.

Jessica served as the Assistant Women’s Varsity Tennis Coach under Head Coach Charlotte Hartsock from 2015-2017 including a SCIISA State Title in 2017 and worked with the Lower School Mason-Prep Tennis Team for two seasons. She is married to Alberto Van Der Mije who is starting his 7th season at Porter-Gaud as the Defensive Line Coach for the Varsity Boys Football team.  The Van Der Mije’s reside in I’on in Mt. Pleasant with their 7 year old son, Pierce, and 10 year old English Labrador, Ace. 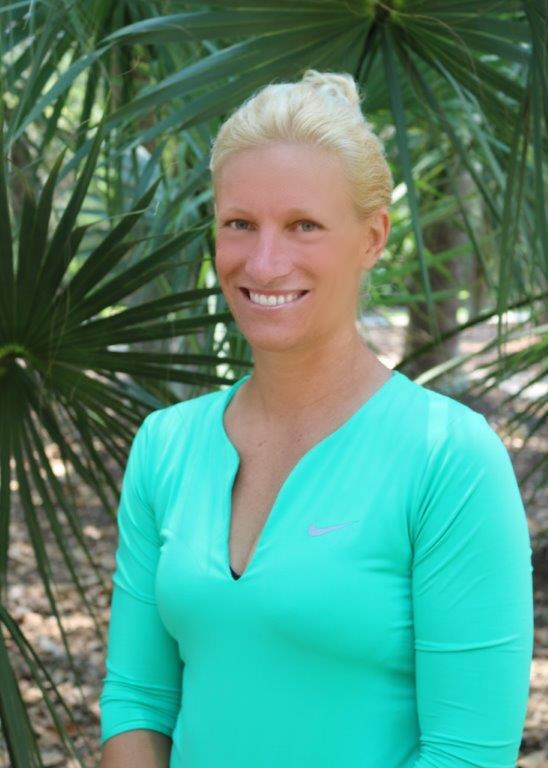 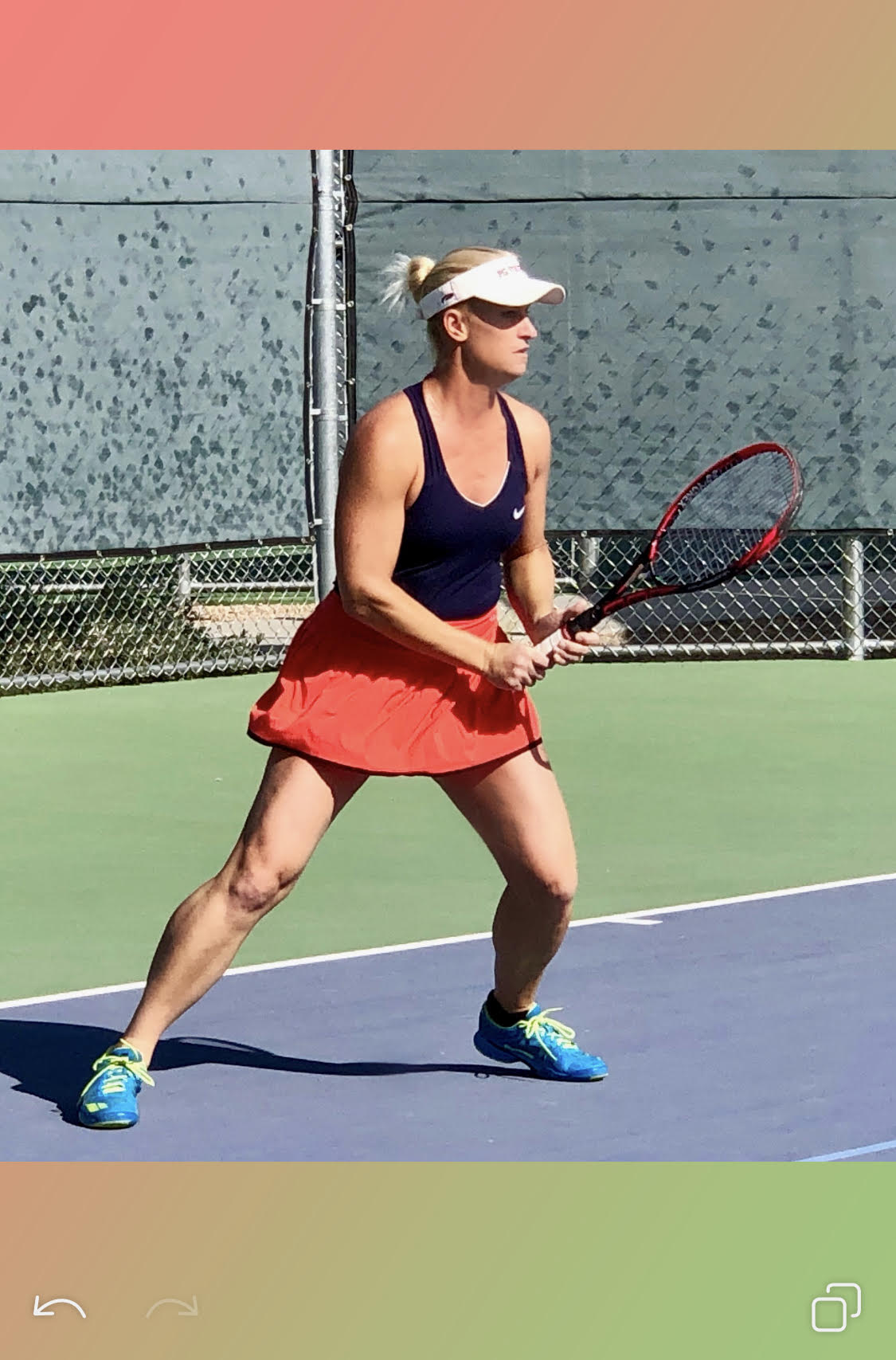 Charleston’s award winning pro-surfer Kyle Busey is on board at Porter-Gaud!  At the helm of the PG Surf Club, he is also a to ride some waves, teach surfing safety, improve skills, monitor tides and build confidence on the board. Kyle Busey is a 5 time winner of the Governor's Cup, and the owner of Carolina Salt Surf Lessons on Folly Beach, he is one of the best surfers of his time. We are eager to have Kyle help us jump start the surfing community at Porter-Gaud!